Skip to content
MP Aleksandra Jerkov, WPN coordinator, briefed the delegation on the WPN’s activities and scope, stressing that gender responsive budgeting has become part of the Budget Law and Budget System Law in Serbia thanks to the Network’s efforts. She also said that the WPN has achieved significant results most notably by helping amend the Criminal Code and eliminate the statute of limitation for sexual abuse of minors.
Jerkov said that the WPN is a good model, one which other countries should embrace in the effort to empower and involve women in social and political life.
WPN members Tatjana Macura, Sanda Raskovic Ivic, Dijana Vukomanovic, Natasa Mihailovic Vacic and Marija Jevdjic took part in the ensuing discussion.
The MPs briefed the guests on the WPN’s scope, sharing their hope that the gender equality law would soon enter Assembly procedure. The gender equality law would, among other things, call for more women in the parliament and in the executive, and it would require a gender analysis of every law that finds its way before the MPs.
They said the fact that the National Assembly is 30% women though significant remains insufficient for the adoption of laws which would significantly improve the status of women. That is why WPN agreed that they must stand united, their work must be transparent, and despite differing political views they should champion the same causes such as healthcare for women and the family, combating violence against women and children, economic empowerment of women and increased participation of women in political and public life.
The WPN members agreed that they should concentrate their efforts with both state bodies and NGOs concerning human trafficking and concluded that the rising interest in the topic points that they would urge for an efficient legislative framework for the area.
John Whittingdale, member the House of Commons heading the UK delegation, commended the WPN’s work, stressing that it is an excellent model which other countries should adopt.
The members of the UK Parliamentary delegation said that next year’s summit of Western Balkan countries in London is the right place to voice all the problems women are faced with in the political and social life in Serbia.

International Women’s Day, 8 March, is the time to remember all the women who left a deep mark in our history and send a message that women’s rights in Serbia should be discussed every day, not just today.

The status of women in Serbia has been improved, but we still do not have the same rights as men. That is why we must persevere in the fight. By adopting gender-responsive public policies, the state has the leading role in creating conditions conducive to gender equality.

Our common goal must be to create the conditions where the only measure of success is work and results, not whether you are a man or a woman.

The National Assembly of the Republic of Serbia has recognized the need to strengthen gender equality and endorsed the work of the Women’s Parliamentary Network, comprised of women MPs from all the political parties. We passed the Law on Preventing Domestic Violence and introduced gender-responsive budgeting to enable the economic empowerment of women.

40% of women in Serbia are employed, 26% are entrepreneurs, 15% have their own businesses, but only 8% are municipal presidents or mayors, while about 15% of women take part in the executive power but do not receive the same pay as men for the same job.

The presidential election is an opportunity to have the candidates respond to what they would do to raise these percentages. That is what 51.7% of the citizens of Serbia – women, are waiting for.

The National Assembly House hosted the conference marking the completion of project “Integration of Gender Mainstreaming into Local Economic Governance by Joint Action of Women’s Parliamentary Network and Association of Businesswomen”, conducted with the help of the Canadian Embassy in Belgrade.

The purpose of the project conducted in Kraljevo, Zrenjanin and Vranje was to develop different local self-government’s budget initiatives for allocation of resources towards stimulating women’s entrepreneurship leading to local economic development, through implementing gender responsible budgeting.

In addition to the representatives of the Women’s Parliamentary Network, Association of Businesswomen in Serbia, and the Canadian Ambassador to Serbia H.E. Philip Herbert Pinnington, the conference was also attended by representatives of local self-governments and associations of women entrepreneurs from Kraljevo, Zrenjanin and Vranje.

Sanja Popovic Pantic, President of the Association of Businesswomen in Serbia, thanked the participants for the successful completion of the project which mainly concerned public advocacy, emphasizing the importance of cooperation with the Women’s Parliamentary Network as the key institution in the process. She added that the project raised awareness on pursuing gender-responsive policies and promoting women’s entrepreneurship at the local level. The project aimed to conduct, in the abovementioned cities, one of three models of budget initiatives: launching gender statistics in recording of the local small/micro entrepreneurs, establishment of the Fund to support woman’s entrepreneurship and self-employment, and involvement of women entrepreneurs into the supply chain, which, after seminars, has started to yield good results.

In a short address, Ambassador Pinnington shared his pleasure at the project results, stressing that Canada, as a state striving to promote the rights of women and girls, empower them and provide them with equal political representation, would continue to support projects of this kind in Serbia, in the interest of both countries.

Marija Obradovic, coordinator of the Women’s Parliamentary Network, said that the process of empowering women in Serbia is a long-term one and the work of everyone involved so far has yielded visible results. She stressed that this projects is just one small step in the fight for the empowerment of women in Serbia and one extremely important for fostering ties among local women entrepreneurs and representatives of local institutions.

WPN member Aleksandra Tomic, who represented the WPN in Vranje, said that Serbia is one of few states which had managed to successfully implement gender-responsive budgeting last year, making 2016 the year of entrepreneurship. Tomic added that the amendments adopted when the 2017 budget was passed, securing support for women scientists in Serbia, keep the idea of gender-responsive budgeting alive.

Speaking of gender-responsive budgeting, Dubravka Filipovski, who represented the WPN at the conference in Zrenjanin, said that the support of all the state institutions in the process had proved greatly importance, especially that of the Ministry of Finance which has, since the onset of programme budgeting, launched training and implementation at the local level.

In the discussion, the participants listed the results of previous conferences in the abovementioned cities, with a special focus on networking among councilwomen and introduction of gender-responsive budgeting for 2017 in Zrenjanin, introduction of stimulation measures for self-employment through the Local Action Plan and the establishment of the Association of Women Entrepreneurs in Kraljevo, expected to happen in March, as well as the Fair of Women Entrepreneurs this year, and speaking of Vranje, the increased inclusion of women into local policies, endorsed by the local self-government.

Finally, the participants of the Conference concluded that though long, the process of empowering women entrepreneurs in Serbia has in a short time yielded significant results and projects of this kind, such as continuous educational training, are a good way to raise public awareness on gender equality.

The Women’s Parliamentary Network of Serbia was established at the National Assembly of the Republic of Serbia four years ago, on 14 February 2013, for the first time in Serbia’s parliamentary history, after the introduction of the quota system in the parliamentary elections held on 6 May 2012.

In the elections, one third of the candidates on the electoral lists had to be the less represented gender – women, and 84 women were elected to be among the 250 MPs.

The Women’s Parliamentary Network comprises women MPs focusing on five objectives: women’s and family heath, combating violence against women and children, economic empowerment of women, education of women and promotion of women’s knowledge, and increased participation of women in political and public life.

In the four years of active work, the Women’s Parliamentary Network, in cooperation with the Government’s Coordination body for gender equality, Office of the Commissioner for Equality, civil sector and international organizations, has achieved significant results in Serbia, among them:

WPN’s future priorities will be passing new laws and monitoring the implementation of existing ones, raising awareness on women’s solidarity, affirmation of gender equality at all decision-making levels, urging for a 50% representation in the executive, equal pay for equal work, more active engagement of women in local policies and higher media visibility of the Women’s Parliamentary Network for the purpose of improving the living and working conditions of the 51.7% of the population of Serbia – women.

In the National Assembly building, the members of WPN presented the work of the Parliament and the results achieved in the area of women’s rights to the representatives of the Balkan Democracy Fund and a group of scholarship students from USA. END_OF_DOCUMENT_TOKEN_TO_BE_REPLACED

In the National Assembly Building, the meeting of WPN was held. The topic was the Fourth National Conference of WPN held on November 4th. END_OF_DOCUMENT_TOKEN_TO_BE_REPLACED 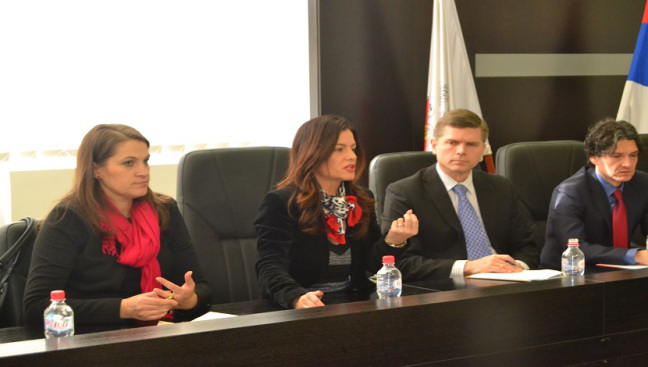 Today in Kraljevo, there was a workshop held organised by the Association of Businesswomen of Serbia and WPN. The topic of the workshop was gender disaggregated statistical data collection on local, small and micro enterprises, establishing of a fund for support to women’s entrepreneurship and self-employment, and participation of women in supply chains. END_OF_DOCUMENT_TOKEN_TO_BE_REPLACED 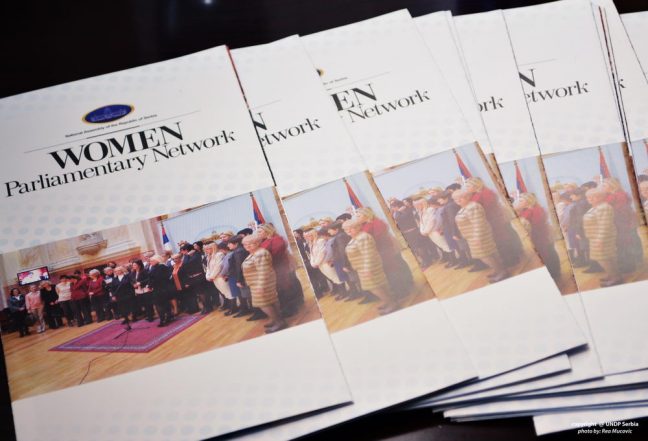 In the National Assembly Building, the Fourth National Conference of Women’s Parliamentary Network was held, presenting the results achieved by the WPN Coordinators in the previous year, as well as the goals for the upcoming period and good practice examples in women’s networking. END_OF_DOCUMENT_TOKEN_TO_BE_REPLACED 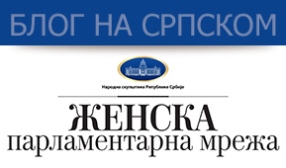 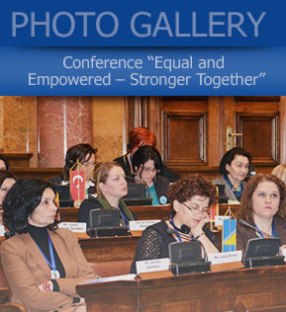 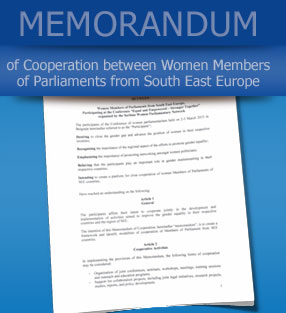 Women Parliamentary Network Serbia | Belgrade 11000 |
13 Nikola Pasic Square |
+381 11 30 26 100 |
e-mail zpm@parlament.rs
DISCLAIMER:
This blog is developed by the support of the United Nations Development Program (UNDP) and the Swiss Agency for Development and Cooperation (SDC), in the framework of the project “Strengthening the Oversight Function and Transparency of the Parliament”. The contents of this page do not necessarily reflect the official views of UNDP and SDC.
PARTNERS: